Disney Dooney and Bourke bags have long been the obsession of Disney fans the world over for some time and for good reason. The secrecy behind "when" the bags will be available and "which design" will appear no doubt add to the tension. What's more is that the Disney Dooney has become the must have item for serious Disney fans. Here's the general yearly timeline for what gets released when.  The Disney Dooney and Bourke collections like to match up the hype with a Disney festival, movie or event.
The collections release in several locations at Disney and online throughout the year. 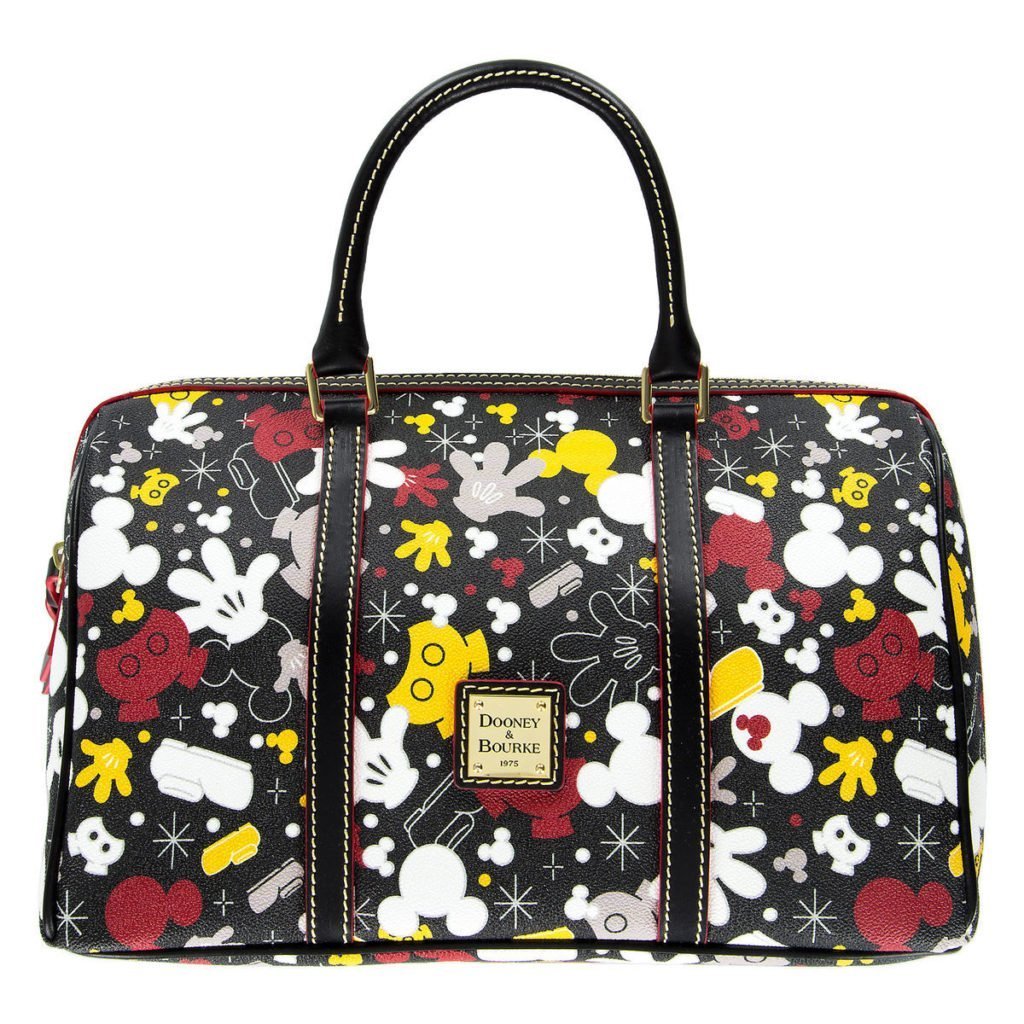 Some Disney Dooney and Bourke Bags

Disney Dooney and Bourke Marathon, RunDisney and Festival of the Arts Bags

Early in the year we can usually see a special Dooney and Bourke bag in honor of RunDisney and the Princess Half Marathon in February. Princess and full marathon bags, like all DB bags, are only available for a limited time or at a giant markup on ebay.

DisneyStore adds a Springtime bag to the Dooney and Bourke Collection routinely every year. Epcot International Flower and Garden Festival debuts a new design available in the Disney Parks shops and a few select online retailers at a higher cost.  At least 3 new designs are set to arrive in Disney Park stores. Last year we saw Mickey Thru the Years, Romancing Minnie and the new Star Wars line for the Half Marathon this year featuring Darth Vader.

Last year premiered two new designs- Lovebirds, It's a Small World. These were unveiled at Disney Springs in special unveiling parties. Annual passholders usually get an email about the event, but readers of the disney parks blog also gets the news a few days prior.

Last year DB released three new designs. Beauty and the Beast in anticipation of the new live-action film. Alice in Wonderland Tea Time, and a Dumbo bag to celebrate the films 75th anniversary.

Food and Wine Festival design is released. This year we anticipate it will be revealed earlier to accommodate the August 31 start date of Food & Wine. Food and Wine Festival ( Aug 31- Nov 13) has integrated Figment into its designs, hot on the tail of a possible rebranding of the park. We'll also see a new Snow White Disney Princess Dooney embracing all things pretty late September in Disney Parks.

Just in time for the holidays DB released 6 new designs. November 2016 included Princess Keys, Disney Cats, Retro Sticker Collage, Disney Villians, and WDW Toile Collections. Holiday Season: The first ever holiday bag premiered Nov 11, 2016, and since it was so well received we have reason to believe this may happen yearly and may once again happen at Cherry Tree Lane in Market Co-Op at Disney Springs, Orlando, FL. This last years Christmas Dooney 2017 tote is black with the same accents as last year, which leaves one questioning...what will a 2018 bag look like? All in all Dooney and Bourke released 19+ designs for Disney last year. So while it may seem like the only design ever available is Mickey sketch , the numbers don't lie!

If you feel like the designs you want are never available, don't worry, we know the struggle is real. DB Disney bags are limited edition. They are special because they are cut from a single run of fabric/leather and no two are alike. Not to mention, they can pretty much last forever. Our best advice to nurture a Dooney and Bourke Disney Bag obsession is to follow the disney parks blog twitter feed @DisneyParks. You should also have the Shop Disney Parks app, and the DisneyStore app on your phone.  Dooney and Bourke does different designs for the Disney Store, so cover all your bases if you're on the lookout for a certain pattern. With the arrival of Pandora: The World of Avatar in Animal Kingdom, and Toy Story Land coming to Disney's Hollywood Studios  June 30, 2018 and Star Wars: Galaxy's Edge coming to both Walt Disney World and Disneyland  we could see themed merchandise to support both of these developments. Disney films that could also influence what's on the horizon, Beauty and the Beast, Pirates of the Caribbean, and Star Wars:The Last Jedi have already been done. For a more comprehensive list of Disney films look here for the 4 year plan. Whatever the inspiration for the prints, we're excited to see them and can't wait for what's next.